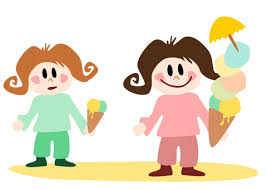 Jealousy is, I think, the worst of all faults because it makes a victim of both parties.
Gene Tierney

Jealousy – We’ve all felt it and  have seen what it can do.  Jealousy can bring out the absolute worst in a person and cause them do and say terrible things.  It is a natural emotion and begins at a very young age. It is sadly often a motive for crimes against others including slander, bullying, assault and even murder.  As we get older, we seem to move from jealousy over small possessions (toys, games, clothes) to people (boyfriends/girlfriends, husbands/wives), to status and wealth (jobs, positions), to larger possessions (houses, cars, boats).

It’s okay to be jealous.  As I said, it is a natural feeling, but how one deals with it is key and needs to be taught at home and in schools (think character education).  With all of the social media today, a jealous person can make another person’s life absolutely miserable by posting false and hurtful things online.  It is a huge epidemic in middle and high schools is often the motive for cyber-bullying (bullying a person online using social media).   This is not confined to schools however, as I found out the other day researching a chef from the Food Network.

One of my favorite shows on the Food Network is “The Pioneer Woman” with Ree Drummond.  She is a blogging queen and lives on a ranch in Oklahoma.  She is married with four kids and considers herself an “accidental country girl” meaning that she grew up in the city (Tulsa?), went to California for college and was on her way to Chicago until she met her husband.  Once they met, she ended up staying in Oklahoma and quickly became part of life on his family’s  ranch.  Most of us could not do that, especially since she grew up being in an upper middle class family and really did not do much hard labor as a child or adult.  It was a huge life change for her. I had a hard enough time moving from a small, charming town in Pennsylvania to North Jersey (a whole different world), but I moved to be with my husband.  He owned a house and his job was near his home, so it was the logical and obvious thing to do when we decided to get married.  I am now used to living here and like living in a town where I can walk to the drug store or post office, but will never get used to the traffic.  That is a whole other story for another day.  It will likely include the words “ROAD RAGE” in the title…

Anyway, Ree made a career out of blogging about her life on the ranch, homeschooling, motherhood, the food she cooks, etc.  I am fascinated by the ranch and not at all jealous of the hard work that is done by her husband, his crew and their kids.  I think it’s wonderful that they get outside in the fresh air everyday, put in a hard day’s work, and take the time to read and relax at night as a family.  All of the recipes I have tried from Ree are very tasty…a bit fattening, but always worth of making again.  I usually make things her way the first time and then modify it for us so it’s a bit more healthy.   In fact, today, I am modifying her Cauliflower Soup recipe. Look for it on thecookinggoose.wordpress.com either today or tomorrow.

I was curious about life on the ranch and went to find out more about her by searching the internet.  Along the way,  I came across some really nasty sites that accuse her of taking recipes right out of other people’s cookbooks and lying about pretty much everything in and about her life.  Notice I said sites.  I could not believe that entire websites were created to try and discredit her.  For what?  This is a perfect example of how ugly jealousy is and what envy can do to people on both sides. The people who created the websites are obviously envious of her wealth, status and popularity and are quite vocal about it (though one has not been updated since 2011).   I felt terrible reading all of these nasty things and wonder if Ree and her family are aware of what is being said. I hope not, but I suspect that they  know.  I especially hope that her young children have not read the mean things said about their mother.  I would be mortified if someone accused my mother of those awful things.

My point is this – we need to learn how to deal with jealousy in our own lives and teach our children how to deal with it to prevent them from letting such a negative thing consume them.  Our children listen to us – a lot. We are their role models. If, as adults, we let jealousy control and influence our words and actions, guess what?  The kids will mimic us.  Will we always feel jealousy? Probably, but when jealousy is allowed to fester and grow and spread, it can literally become lethal to both parties.   It’s okay to want more than you have, but don’t fault others for having what you want.