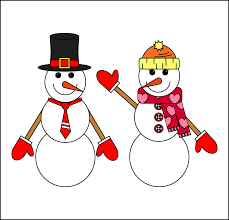 Okay, if you live in the Northeast, you might be sick of those two words.  In fact, you might resist the urge to even say them since we have had so many so quickly.  And it’s only February!

On Wednesday, while I was working from home (now that I am a consultant, there are no more real snow days), I saw on the news that parents and kids were going stir-crazy and that parents were walking or driving out to places where kids could play.  That made me stop and think.  Was I ever bored as a child when it snowed? Did my mom have to take my brother and I somewhere to be entertained? The answer is unequivocally – NO.  In fact, I rarely ever remember being bored when I was younger and especially not in winter!

When my mom would let my brother and I know that we had a snow day, it was a a cause for celebration!  Vince and I savored an extra day off because we used to PLAY.  All day. If it was really nasty out and we ran out of pretend games like Batman and Batgirl or having stormtroopers invade the family in my doll house, we would break out board games.  My personal favorites were Monopoly, Parcheesi, and Pokeno.  We also played card games such as Go Fish, Crazy Eights, War and Spades.  My mom would join in with those games as well, which was great!  When we were able to go outside (which we both preferred), our imaginations ran wild.  If we were not running from the abominable snowman, we were trapped on Plant Hoth (I was always Princess Lea, he was Luke Skywalker and our neighbor was Han Solo). We also went sledding, held running contests in the snow, made snowmen and snow forts and had snowball fights.  And, yes, we also helped shovel the driveway. In fact, my parents got us each our own red shovel.  Hmm. Now that I think back, I guess that was smart parenting move.  No excuses for EVERYONE not to help out!  But we just loved being in the snow and having fun!

Bored?  A need for entertainment?  My mother having to take us some place to be entertained on a SNOW DAY? Not for us!  Our house (inside and out), our imaginations and our games were all we ever needed.