Today is the big day. Oprah’s interview with disgraced Tour de France winner, Lance Armstrong, will be aired.  Another disappointment. Another cheater.  Another person who did not admit to cheating when he was caught.  Another disgrace to sports.  And competition.  And to his fans and children all over the world. 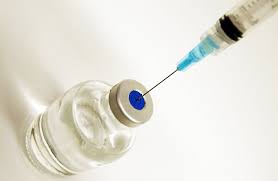 A few years ago, my husband and I went to the Baseball Hall of Fame in Cooperstown, NY.  As we walked through the museum, we saw the gloves, bats and pictures representing baseball’s “best” players over the past century.  As Yankee fans, we were especially excited and impressed by the memorabilia and plaques for Yogi Berra, Whitey Ford, Joe DiMaggio, Lou Gehrig, Mickey Mantle, Phil Rizzuto, Babe Ruth, etc. There were also other plaques with the current leaders among hits, strike-outs, etc. And on these lists were known cheaters.  Seeing names like Sammy Sosa, Mark McGuire, Barry Bonds, and Jose Canseco (among others) made me completely ignore those names or the records and move on. I don’t think their names should be anywhere near the legends who legitimately earned those records and their places in the Hall of Fame.  Those players admitted using steroids or “performance enhancing” drugs during their careers.  Some sportswriters even call it the “steroid decade.”  I call it the “cheating” decade.

It’s not just cycling or baseball, though. There is cheating in the NFL (remember the scandals with the Patriots and, more recently, the Saints?), boxing (where fights are fixed) and I am sure other sports as well.

My question is this – WHY?  Why are athletes cheating and using steroids?  Those of us who are competitive want to be the best.  But, when you win because you have cheated,  you do not get that same feeling of satisfaction and accomplishment.  It’s a false sense of winning.  And when we lose?  Yes, it feels rotten, but for many of us, it makes us strive to be better and to do better the next time – fairly, not by trying to find a way to cheat.

I strongly believe in competition.  Let’s face it, life is full of competition from doing well in school to getting into college to getting a job to moving up in a company.  It’s all around us and people need to be taught that there are winners and losers in life and that what you EARN is what makes you great.  Cheating is not earning.  It’s stealing.